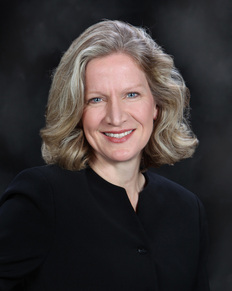 Mary Clardy is the Director of Bands at Downing Middle School. Mrs. Clardy is in her thirty-fifth year of teaching and her sixth year at Downing Middle School.  Mrs. Clardy holds a Bachelors Degree in Music from Louisiana Tech University and a Masters Degree in Music Education from Lamar University.  She played clarinet in the top performing ensembles at both universities, as well as bass clarinet and Eb clarinet in the band at Lamar University.   She began her career in music in Woodville ISD, serving as Head Band Director of Woodville Middle School.  She then moved to Houston to teach at Stovall Middle School in Aldine ISD and later became an assistant, and then the Head Band Director, at Aldine High School. In 2007, Mrs. Clardy and her husband Dick Clardy, along with their infant daughter Mackenzie, moved to Lubbock, Texas.  In Lubbock, Mrs. Clardy taught at Irons Middle School as the assistant director.  Mrs. Clardy's ensembles have earned Sweepstakes at Texas UIL Concert and Sightreading Contests,  "Best in Class" at the Lone Star Music Festival in Dallas, "Best in Class" at the Greater Southwest Music Festival in Amarillo, “Overall Outstanding” at the Lone Star Showcase of Music at UNT and, in 2015, the Downing Symphonic Band was named as a “Commended Winner” in the Foundation for Music Education’s National Wind Band Honors Contest.

When she is not teaching, Mrs. Clardy enjoys spending time with her family.  They enjoy traveling, snow skiing and attending music events.  Mrs. Clardy also enjoys running in her spare time.  She is an eight time marathoner and most recently completed her first 1/2 marathon at Disney World in 2012. 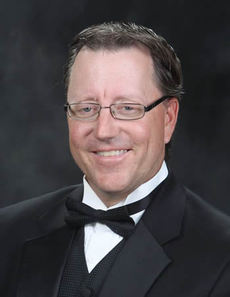 Mr. Wylie holds a Bachelors and Masters degree in Music Education from the University of North Texas.  He was an adjunct professor of percussion at University of Arlington for ten years and is currently Associate Director and Percussion Instructor at Marcus High School in Flower Mound, Texas.  There he coordinates the marching percussion program along with the concert percussion ensemble, the steel band, the novelty ensemble, and the newly founded Brazilian ensemble. Under his direction over the past twenty five years, the Marcus group has received national acclaim both on and off the field, including nine national championship titles at the P.A.S.I.C. Marching Competition. Marcus H.S. also won the 1999 and 2003 P.A.S. "Call for Tapes," runner up in 1997.  The group has also performed with various artists such as Gregg Bissonette, Dave Weckl, Ignacio Berrora, Dave Samuels, Alex Acuna, Horacio Hernandez, Dave Samuels, Steve Smith, Sonny Emory, Joel Rosenblatt and even country star Shania Twain.  The Marcus ensemble also performed at several events for the 1999 Stanley Cup NHL Champion Dallas Stars hockey team.

As a performer, Wylie is very versatile in the percussion world. He has won the P.A.S. Collegiate Snare Drum title three times and finished runner up in the DCI Snare Drum Individual Competition.  As well as playing in the Disney All-American College Band, he has also performed as mallet soloist with the Austin Symphony and San Angelo Symphony.  Wylie is currently a free-lance performer in the Dallas-Ft.Worth area.  He is the drummer for the Dallas based jazz group "Fingerprints".  They have released four CD's and perform regularly throughout the Southwest.  Mr. Wylie has performed live with Bobby Lyle, Ronnie Laws, Freddie Ravel, Marion Meadows, Vic Duncan, Kyle Turner, and gospel artist Larnelle Harris.

He writes quality percussion literature for the beginning percussionist, including the book "Simple Steps to Successful Beginning Percussion," through K. Wylie Publications (www.kwylie.com).  He is also a contributing percussion writer for Row-Loff Productions.  Mr. Wylie is active as a clinician and adjudicator throughout the Southwest.  He has presented clinics at the Texas Music Educators Association Convention, Percussive Arts Society International Convention, and for the Texas Percussive Arts Society.